A-10 Has 378 Bullet Holes, No Flaps And No Speed Brakes After Fight – Still Makes It Home 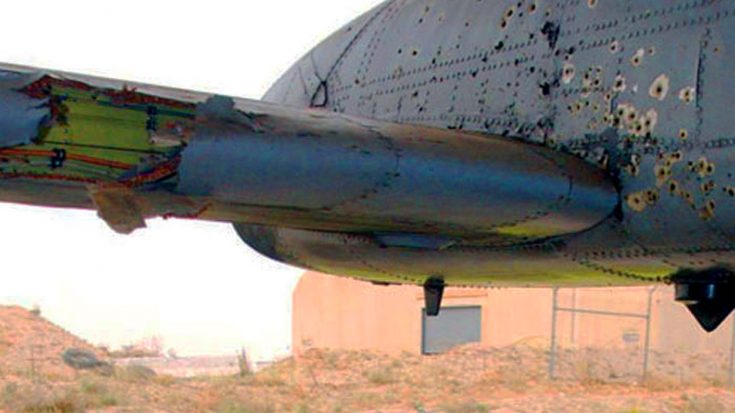 Everybody knows that the A-10 Warthog is a tough plane, but it can dish it out and it can take it. Getting in for close air support means that you are more likely to be a big target for your enemies. The Gulf War was the time when A-10 Warthogs really shined as they tore through Iraq’s heavy artillery, but they took some tough scrapes.

Brigadier General Bob Efferson flew A-10 combat missions during Operation Desert Storm in the early 1990s. As commander of the 354th Tactical Fighter Wing, he got into it with the Iraqi Army more than a few times and really got torn up after a battle. In January 1991 Efferson’s A-10 sustained massive damage from hostile targets and somehow managed to get back after his mission.

“It was designed to survive in an intense anti-aircraft environment including anti-aircraft guns, radar-guided and infrared missiles and absorb battle damage and keep flying.”

When it comes to getting roughed up in an intense combat zone there is no aircraft that does it better than the A-10 Warthog. Watch what happens when he lands this thing after taking all that fire from the Iraqis, talk about hanging by a thread.