A Fw 190 You Can Literally Make Yourself And Actually Fly 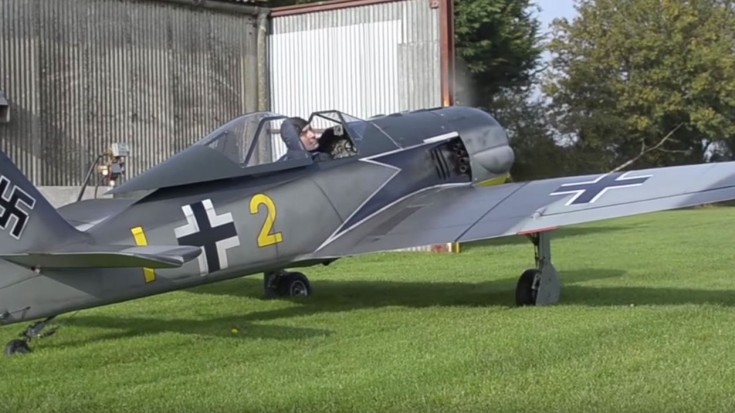 No Really, You Can Build It!

Ok ladies and gents, get excited as we’re totally not BSing you when we say that you can make what you see in this video. Sure, it takes some work, carpentry skill, ability to follow complex instructions and some money but guess what? You don’t have to spend in the millions to own a Fw 190 or any other plane of your choice.

Ok, it is a 50% scale replica, but who cares? You can store that thing in your garage or field or whatever. If you build it, you can fly it.

Other aircraft plans you can build include:

The guy in this video is living proof of it. He purchased plans from a company called War Aircraft Replicas which details step by step how to build this thing. If he can do it, why can’t you?

With some research, we found out that the most intricate tool you need to have other than standard tools you’d have around your house is a table saw. Other than that, you’re good to go. Going through forums dedicated to these plans, this guy build his plane for a bit less than $30,000 USD, which is the cost of an average car. Which one would you rather have?