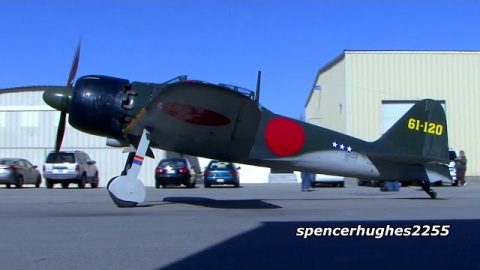 Back in the day, many Americans probably fear this plane. However, the Japanese A6M5 Zero will always be part of history.

This Japanese A6M5 Zero was seen starting up its engines at the Planes of Fame Air Museum. Spectators get to see how the legendary aircraft taxi down the runway before it let out a growl during take-off.

This beautiful yet deadly plane is a symbol of Japan’s air power during the Second World War. Between 1939 to 1945, 10,000 Zeros were built. It was one of the primary aircraft used by the Japanese Navy, becauase of its close-range combat capabilities. It’s also incredibly agile during dogfights because of its superior maneuverability.

At the present, there are only two original flying Zeroes left and this plane is one of them.