De Havilland Mosquito Start Up and Fly Over (Pure Sound) 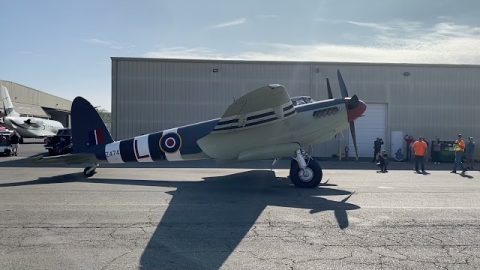 The De Havilland Mosquito started its engines and flew over to the Planes of Fame Museum. Spectators get to see the plane taxi before taking off and flying over.

This British twin-engine, multi-role aircraft was first introduced during the Second World War. It was first designed in 1938 and entered service in 1941. What’s unique about it is that the airframe is mainly made of wood, thus earning the nickname “Mossie” and the “Wooden Wonder.”

Over 7,000 of these marvelous aircraft were built, and only three Mosquitoes are in flying condition today.