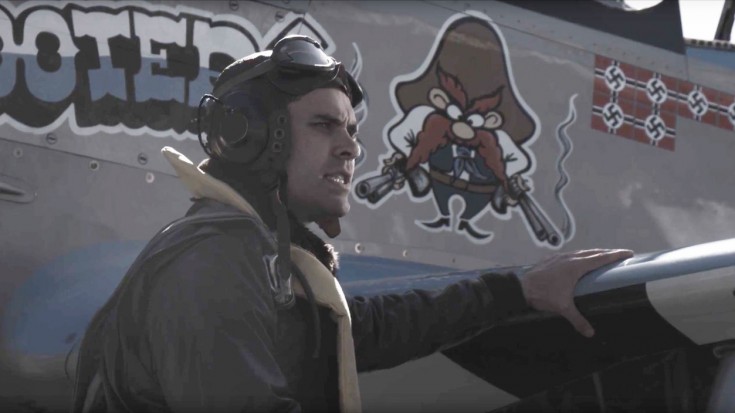 On June 6th 2016 Steve Pisanos passed away at age 96 at his home in San Diego, California. Pisanos was a United States Air Force Colonel who flew 110 combat missions during World War II escorting bombers as well as engaging in dogfights over Europe, he was credited with 10 victories and considered an ace pilot. Steve Pisanos earned many honors and distinctions throughout his career but he secured his immortality with his famous title “The Flying Greek.” Now the story of The Flying Greek is being adapted into a film from Speed & Angel Productions.

“[The Flying Greek was] the single most interesting individual it was my privilege to meet during the entire Second World War.”

Chronicling the life of young Spanos “Steve” Pisanos who immigrated from Greece and became an American Ace during WWII. He risked everything to fulfill his dream of flying and to help the countries he called home. Based on the autobiography of Steve Pisanos, The Flying Greek is directed by Navy Pilot turned screenwriter Mark Vizcarra and is currently in production. After his death the world now has a chance to learn about The Flying Greek and his incredible life.