AMAZING “Jetman” Flies Circles Around A B-17 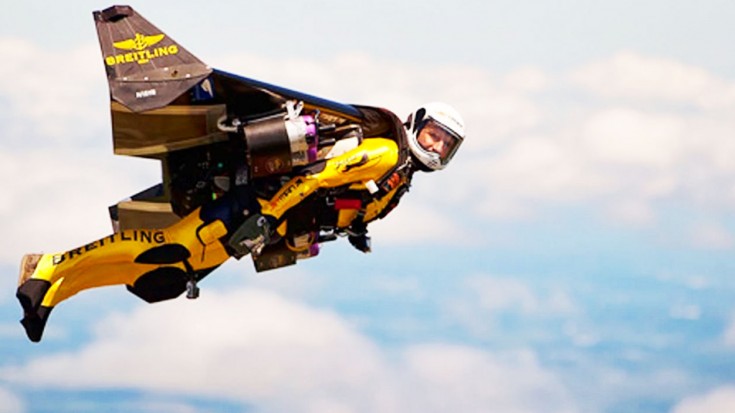 Extraordinary Doesn’t Even Begin To Cover This.

In 2013, as part of a publicity stunt, Swiss man Yves Rossy made his first jetpack flight in the United States. Appropriately dubbed “Jetman,” Rossy is an aviator who started flying at a young age, eventually flying for the Swiss Air Force and later for a major airline.

His “crazy” jetpack idea was floating around in his head for years and he finally put his plan into action in the early 2000s. His self engineered and fabricated wing-suit system is made of semi-rigid carbon fiber that has wings that are about 8 feet long. The pack is powered by four Jet-Cat P200 jet engines that are typically used for model aircraft. With some modifications, he was able to make them work for his purposes though.

Yves Rossy is officially the first person in the world to fly a jet engine powered wing.

To make this event even more spectacular, Rossy struck some sort of deal with EEA AirVenture Museum. With their B-17 Aluminum Overcast which offers paying customers ride-alongs, they figured this is as good a publicity stunt as any. With camera crews recording this awesome event, the B-17 still made a lasting impression on people, even though right next to her was a man with a rocket on his back.