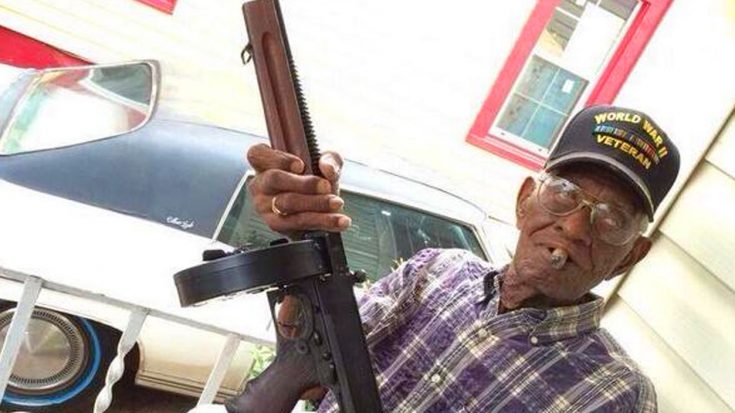 Richard Overton, a 112-year-old WWII veteran, was just hospitalized due to pneumonia on December 17th, 2018. As of this writing, he’s been recovering at St. David’s Medical Center in Texas. According to his family, this is the third time he’s gotten ill for the same reason this year, and the second time to be hospitalized.

Despite the illness, Richard’s family and friends are in good spirits and are asking people for prayers for his well being. He’s been through some tough times before and always came out on top, something that he’s known for.

JUST IN: The nation's oldest living WWII veteran Richard Overton has been hospitalized for pneumonia, his family says. pic.twitter.com/BYBU6vHrhu

Overton was in the army from 1940 to 1945 and fought in the South Pacific during World War II. He still has his M-1 Garand rifle he used during the war and drives his truck around town despite his age. He spikes his coffee with whiskey and smokes 12 or more cigars a day. The man is simply a legend and as he said himself, ” I may give out, but I’ll never give up.”

The oldest living US #veteran is expected to be released from the hospital on Dec. 19, family members said, after being admitted for pneumonia.

Richard Overton is 112 years old, and he served in World War II. https://t.co/qrU1raNvq5

To have a peek into his life, National Geographic made a short video about him back in 2015 which we’ve placed below. In it, he talks about his past deeds a bit, but more importantly, shares his secret of how to live a long life.

It’s not what you might expect though. Hear it in his own words below.