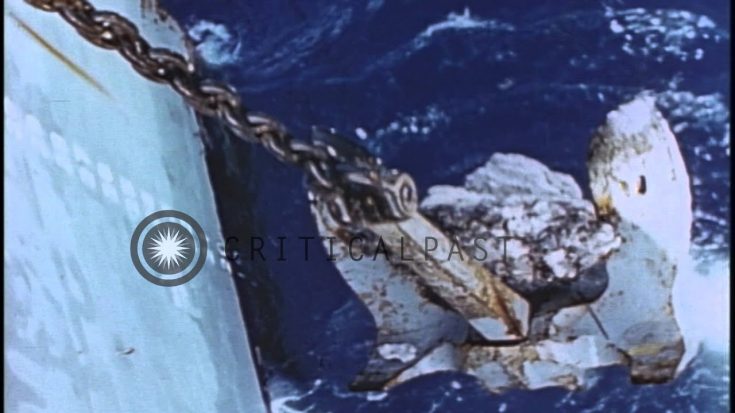 In the video, we see an anchor being pulled up a ship while on its way to the Pacific Ocean.

The ship was apparently headed towards Iwo Jima and was preparing for the trip in 1945. Anchors aboard carriers usually weigh over 30,000lbs while some of the smallest weigh 30 lbs. Anchors deployed by ships like USS Gerald R. Ford are massive. The 100,000 ton carrier has an anchor that measures 1,400ft in length. Moreover, each of its links can weigh up to 136lbs.

They are then taken in by an anchor windlass which are sometimes located in a specific room unsurprisingly called the windlass room. These machines are effective because it multiplies the pulling force by wrapping the rope around a drum.