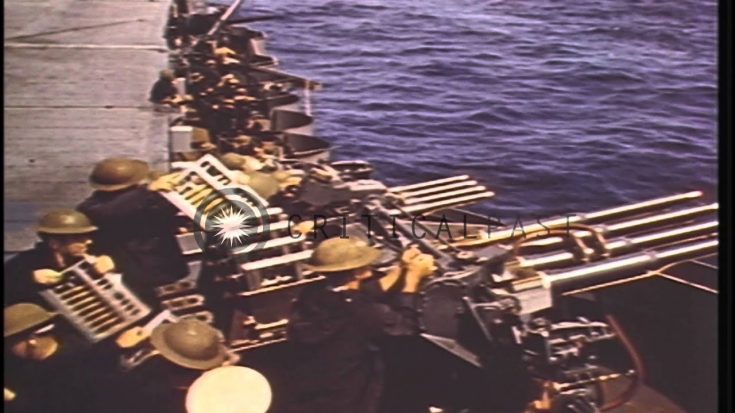 This incredible footage was taken on June 4, 1942, during the Battle of Midway. The first half of the video focuses on the SBD-3 Dauntless dive bombers flying over a US aircraft carrier. These dive bombers wreaked havoc on Japanese ships later on in the battle.

After the clip of the SBD-3s, we finally see the deck of the USS Hornet filled with closely-packed aircraft. As Japanese planes get near the carrier, the gun crews aboard the ship fire their 20mm, 1.1in, and 5in guns. The sky is suddenly littered with black smoke as Japanese aircraft get hit and fall one-by-one into the sea.

The battle lasted for around four days, with America losing 307 men and Japan losing 3,057. Four of the six Japanese fleet carriers involved in the Pearl Harbor attack were all sunk along with the heavy cruiser Mikuma.