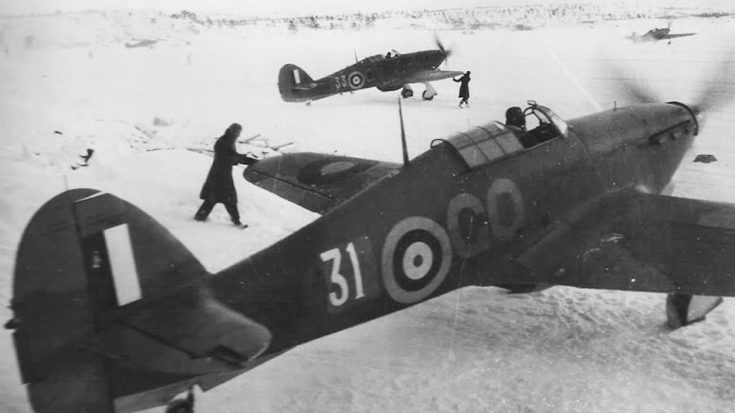 In most missions during WWII servicemen went in with a strategy that could result in victory. You plan for various scenarios and what to expect. However, in the Arctic Convoy servicemen went in knowing that they did not stand much chance at survival. When Russia declared war on Germany after their betrayal the Allied Forces set off to help their new partner. Russia needed supplies to support their war effort and providing them was not going to be an easy task. Britain offered to supply aircraft, military vehicles and food via ships traveling through the arctic sea.

The conditions of the arctic were unforgiving with sub-zero temperatures that could freeze a man to death in minutes. Aside from harsh weather conditions the convoys also had to worry about German U-boats launching sneak attacks on their ships. On days when the weather was forgiving ships would find themselves under attack by no less than 50 German bombers. Hawker Hurricanes would fly to the defense of these constant attacks. Despite their best efforts, they would lose over 100 vessels and 3000 men in the convoys to Russia.

“We are most grateful for the friendliness, for the generosity, for everything that we have received and we always look forward to another visit.”

75 years after their near-death experience the surviving veterans reunite to share their stories. British and Russian veterans gathered in Arkhangelsk, Russia to celebrate those who gave their lives to help win the war. Veterans provide testimonials defending the convoys from German attacks and enduring the unforgiving weather in this footage.