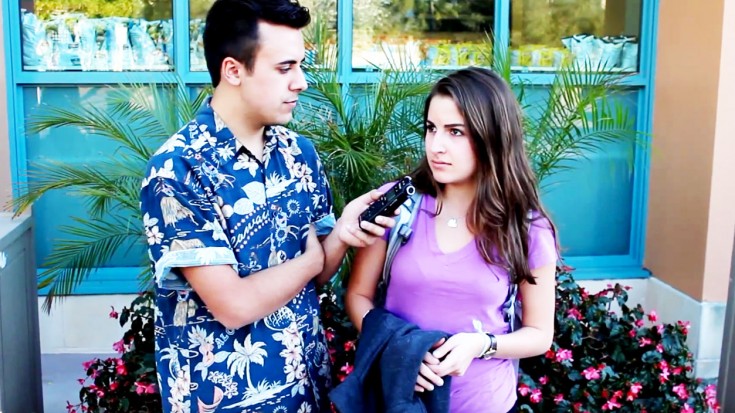 The Guys Knew Their Planes. The Girls? Not So Much.

This is slightly different than what we typically do, but it is definitely worth a watch. A Youtube channel named Whatever which often does practical jokes and social experiment type stunts brought it back to World War II for this one. Splitting it up among college-aged males and females, they did a little test to see which gender knew more BASIC facts about World War II. As it turns out, the guys did.

Some of the outrageously hard questions included:

For one reason or another, the people in this little experiment were very polarized. The young guys knew their war history, while the girls were dumbfounded. We’re not going to make calls on why that is because it’s not our place, but those are the facts. As for the guys naming some warbirds (of which the girls knew nothing), they knew the P-51, Spitfire and B-29. Job well done guys!

On a more serious note, this website is dedicated to keeping that history alive. By attracting today’s youth through the amazing history of these iconic warbirds, we can help keep the knowledge spreading by learning something new everyday.