WWII Vet Flies A Spitfire At 91-What He Does Next Is AMAZING!!! 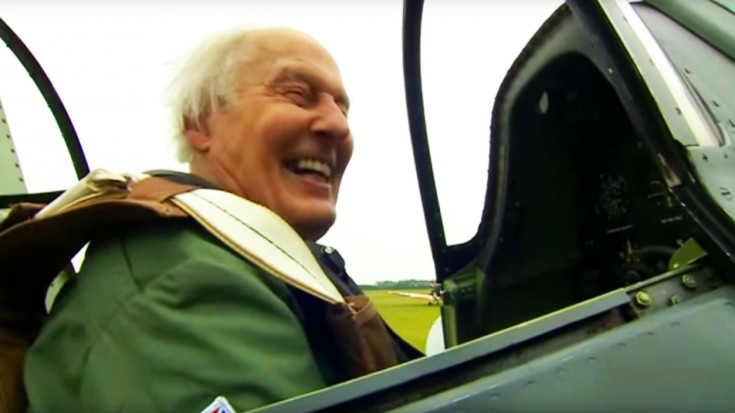 Yet Another Inspiring Story From One Of “The Few”

Like many stories from World War II, this one is just as mesmerizing as the next. Jimmy Tailor, a British reconnaissance pilot, flew a Spitfire for the Royal Air Force during World War II. After about three months, his engine died mid-flight and Mr. Tailor was forced to bail out of his plane into enemy territory. Captured by the Gestapo, Nazi’s most notorious police force, he was interrogated and later imprisoned until the war ended.

It has a special smell about it and I’m feeling back at home. To actually fly in one is just out of this world.-Jimmy Tailor

He was offered to fly one more time at a tender age of 91 and in non-other than a Spitfire. This particular variant of the Spit has two seats, allowing Jimmy Tailor to safely fly once in the air but take-off and land with the help of another pilot. Before his flight he was briefed as he would have been 70 years ago, and admitted to being a little nervous, which could be expected. Once in the air however, he manned the stick like it was yesterday, and even did a barrel roll. Back on the ground, he could only describe his experience as “super!”