Whistling P-51 Mustang Cutting Through The Air- No Music 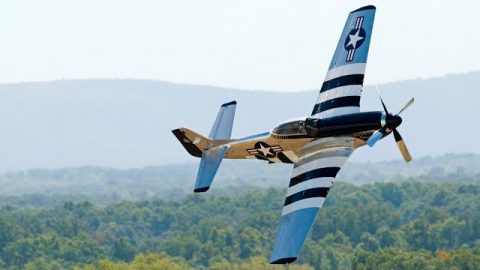 The B-17 Flying Fortress Sally B. approaches her lading just feet over peoples’ heads while a Mustang performs screaming aerobatics overhead. What could be better than that?
These two planes are no strangers to each other, as Mustangs were the primary escort planes when Flying Fortresses were deployed on bombing raids. Fast and highly maneuverable, the Mustangs primary mission was to make sure the sometimes vulnerable B-17s made it back home. Both planes are considered one of the best at their respective jobs, making this video quite awesome!

Here are some quick facts about these flying legends:

These attributes made these planes highly compatible during World War II. The Flying Fortress was a highly capable bomber while the Mustang was a long range dogfighter. Together, they accomplished numerous missions in both the European and Pacific theaters.