B-17 Footage During Air Combat 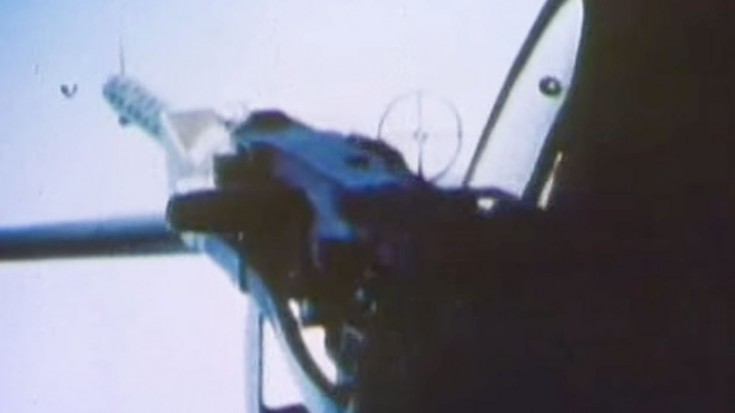 See A B-17 Take on Flak and Still Come Home

The Boeing B-17 bomber was a 4 engine heavy bomber that carried out most of the missions that dropped bombs on enemy targets during World War II. Because of the havoc it brought with it, the Luftwaffe were specifically trained to take these planes down. Weighing about 54,000 lb. when fully loaded, the bombers could not maneuver out of harms way, especially during final approach to their targets. Having to fly straight to ensure accuracy, the only defense they had were their gunners. Although providing cover all around the plane, the 13 gunners on board were ineffective when facing a full force attack by enemy planes. Given about 500 rounds per gun due to weight restrictions, the gunners could only fire for about a minute before running out of ammunition.

To increase security, the U.S. developed a ‘staggered combat box’ formation, which comprised of B-17s flying in a close, rigid formation so that their guns could cover each other. Although effective, the bombers were only guaranteed more safety toward the end of the war, when P-51 Mustangs were deployed as their escorts.