B-25 Mitchell Smokey Engine Startup – Takes To The Skies 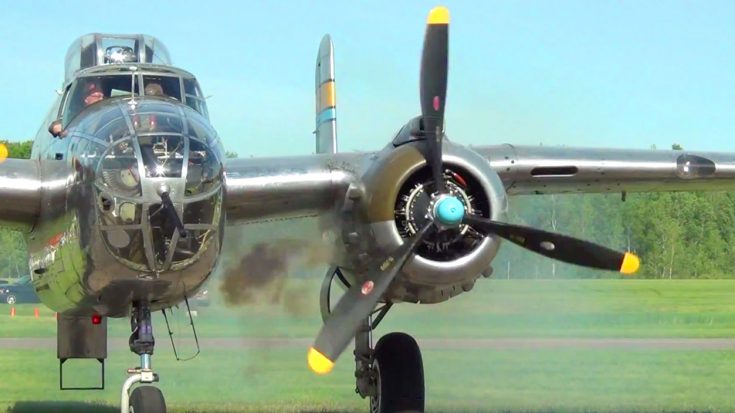 The North American B-25 Mitchell is known the world over to fanatics of aviation as a champion of the Allied Air Forces. Serving in the Pacific Theater of War, in North Africa and Europe, this medium-sized bomber always got the job done.

Nearly 10,000 B-25s were built over the years serving the United States, Great Britain and Russia. The B-25 had over 30 variants which ranged in roles everything from recon to gunships, but at the end of the day, this warbird was a true bomber.

The B-25 Mitchell eventually saw retirement in 1979 after four decades of proud military service. There are still a few of them hanging around that you can see at airshows and static displays. This video some folks bringing a B-25 back to life as it growls its smokey engine and then soars back into the air. It is a beautiful sight to see, you just have to watch and take in the whole experience.