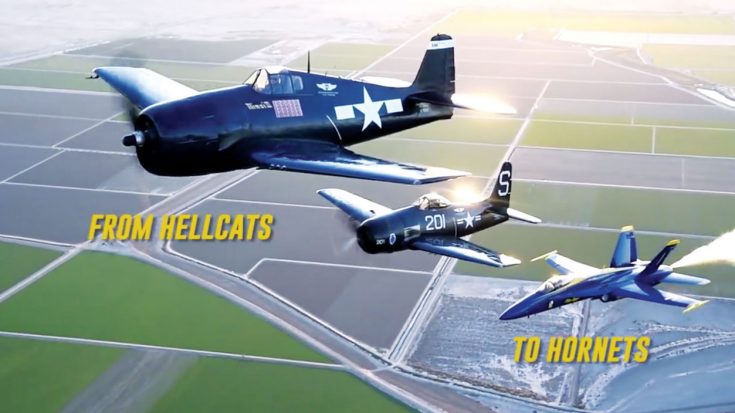 The Blue Angels have been around for over a half century. Although their tremendous discipline and flawlessness in the air have remained the same, their aircraft, of course, have not.

Starting out in 1946, this Navy display team went through 8 different demonstration aircraft. We say “demonstration” because they also had a handful of support aircraft responsible for parts and personnel transport.

Here they are from the most recent to the oldest.

This last one’s not a historical photo. Since Hellcats were used so long ago and for such a short amount of time, we weren’t able to find any actual pictures of the Blue flying in them. This one is a good reference of what they looked like though.