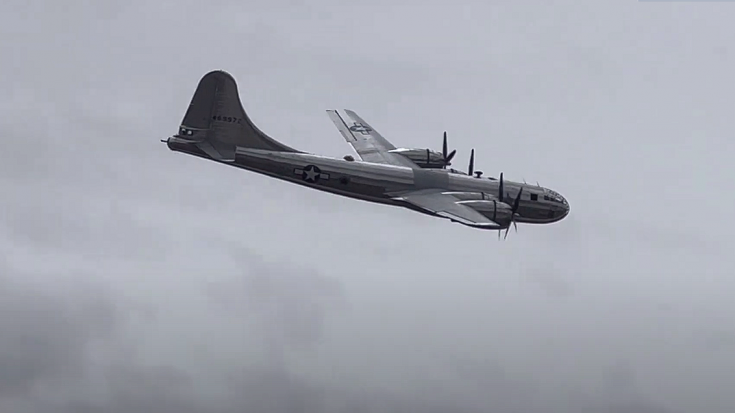 One Of The Last Two

Watching this B-29 still fly speaks to the work ethic of the volunteers who made this airworthy. Six years after its first flight (after restoration), Doc still looks as good as new.

It’s hard to imagine that this Superfortress was rotting away in the Mojave Desert 35 years ago. If it wasn’t for Tony Mazzolini’s initial efforts, this would not have been possible. The plan to restore it started way back in 1998 but it wasn’t until 2013 that a non-profit organization fully committed to overseeing its restoration.

Three years after, it was finally airworthy and is now one of the most sought-out planes to watch in air shows. Doc is one of the last two remaining airworthy B-29s in the world along with “FIFI”.