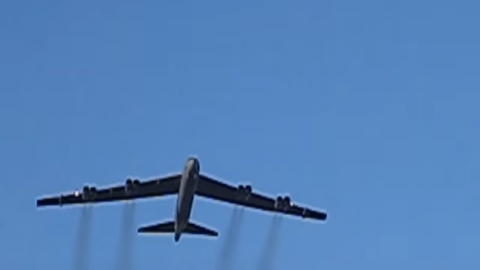 Look who decided to show up at the 2010 Independence Bowl — no less than the Boeing B-52 Stratofortress. Okay, so it’s more of a WHAT than a WHO but there’s no better guest of honor than the great BUFF. Can’t blame those people cheering and yelling. If I were there, I’d probably be jumping like a kid too. This actually made me think that it has almost become a standard to have these iconic war birds at major sporting events, not that I’d mind.

Call it big, call it ugly. But at the end of the day, nothing compares to the B-52 which is why it’s not surprising that it’s getting upgrades so it can continue being in active service until the 2040s. This is the real oldie but goodie. This huge fellow has some pretty badass firepower. Have you ever noticed? There’s something about the B-52 — everyone just loves it!