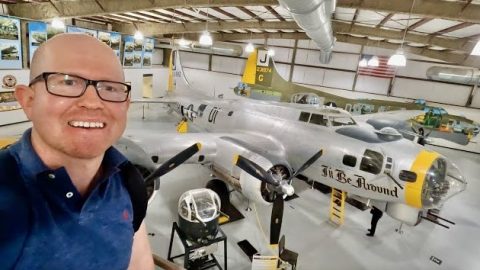 A Look At A Flying Fortress

Very few people can tell you they’ve been inside a Boeing B-17 Flying Fortress. One look at this aircraft and you’re going to be left speechless. Its size alone leaves you in awe. That is because it is designed to house 10 crew members and a whole lot of ammunition.

If you’re still not impressed, then just look at all 13 M2 Browning machine guns located almost everywhere in the aircraft. It wouldn’t be considered a heavy bomber without bombs, right? This plane holds between 4,000 to 8,000 pounds of bombs depending on the length of the mission.

If you want to see a detailed overview of the B-17, check out this video by Paul Stewart in Tucson, Arizona. He explains the functions of the B-17’s parts and how crew members had an important job to do during missions.