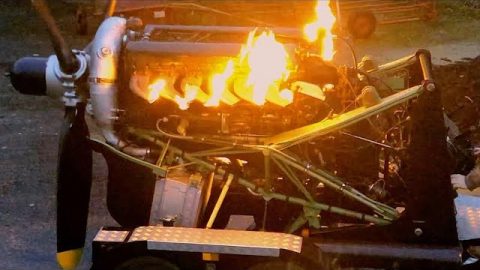 Old aircraft are like historic time machines that consistently draw fans and aviation enthusiasts from all over the world. What’s even more interesting is that they’re also powered by pretty crazy radial plane engines.

This video shows you five minutes of well-edited video compilations of big old aircraft engines we’ve seen in a while. It walks you through pretty cool aircraft engines like the Pratt & Whitney R-4360 Wasp Major, Bristol Hercules, Wright R-2600, and of course, the ever-famous Rolls-Royce Merlin.

Initially, you could hear the initial cold start on most of the engines. However, as soon as they were adequately warmed up, they sounded alright. In fact, they’re pretty impressive!

Do you think big old aircraft engines have the best engine sounds? What do you think?