Full start-up and take-off of the B-17 Sentimental Journey (Raw engine sound, no music) 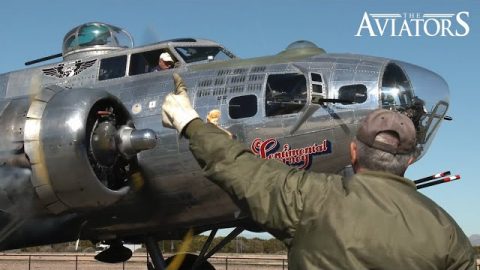 The Boeing B-17 was an American four-engine heavy bomber used during World War II. It served as a means of transport, a submarine aircraft, a drone controller, and even a search-and-rescue aircraft.

As of October 2019, only nine B-17s were left considered airworthy. One of them is the B-17 Sentimental Journey, which is currently based at the Commemorative Air Force Museum in Arizona. This plane is regularly flown on air shows in North America. The nose art features Battle Grable, a popular pin-up girl during the WWII era.

The video captures Sentimental Journey’s full engine start-up powered by its 4 × Wright R-1820-97 “Cyclone” turbo supercharged radial engines, at 1,200 HP each. And what a sound those engines produced before taxiing on the runway and gloriously taking off to the skies!

What do you think of this historical war bird?