Big RC Zero and Corsair Take To The Skies 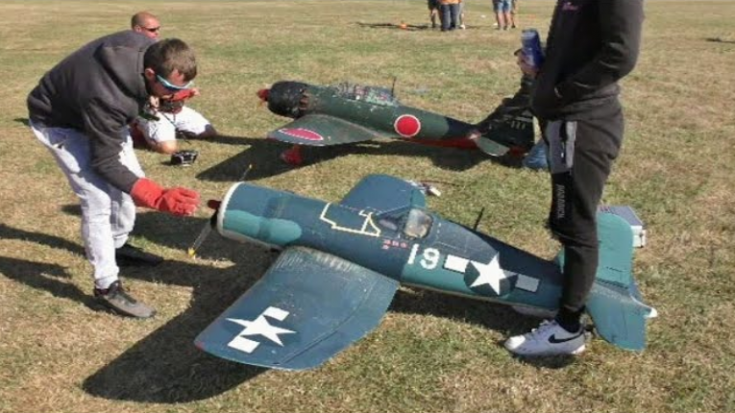 Gregg Veasey and Dean Coxon did a phenomenal job showcasing their RC flying skills at this show. The event was held at Stow Maries Great War Aerodrome, the world’s oldest surviving WW1 aerodrome.

As the Zero and Corsair perform low passes, you can hear the beautiful sounds their engines make. Gregg Veasey’s Zero is powered by a Sachs 4.2 while Dean Coxon’s F-4U uses an EME engine.

Though both planes performed well, one can argue that the paint on the Zero is by far the best. Its paint and decals give it a “battle-tested” look that we rarely see from RC planes.

That being said, the Corsair still looks good in its own way. The plane was built and painted by Nigel I’Anson from enlarged Meister plans.