This Carbon Fiber Mustang is Disrupting the Aviation Industry 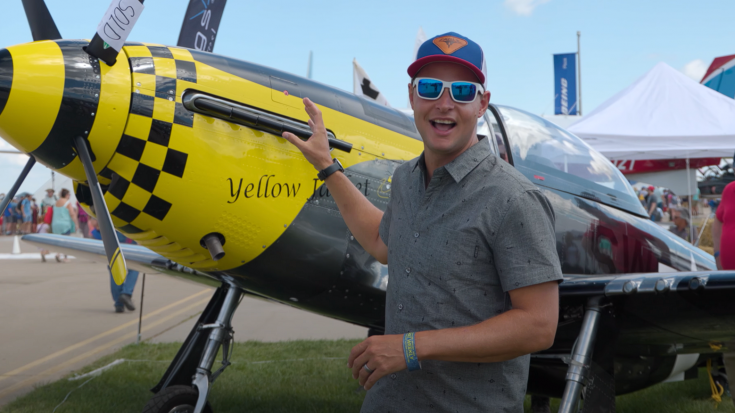 The 70% true-to-scale aircraft features an all-carbon fiber design despite its classic aluminum appearance. According to ScaleWings’ website, more than 100,000 textures of the original P-51 were used to recreate its aluminum design.

It first flew publicly during the Oshkosh Airshow this year. The SW-51 comes equipped with a Rotax 915iS turbo engine. The engine can produce around 140hp and was named “Best New Engine” in 2015 by AVweb.

SW-51’s scoop isn’t just there for show, either. The plane’s scoop was used to incorporate the oil cooler for its system.

The undercarriage has electrically retractable landing gears. In addition, its rudders, aileron trims, and elevators are all electrically controlled.

Inside its Garmin G3X glass cockpit, you’ll see classic analog gauges and an optional Ballistic Rescue System. To provide protection, a fire-resistant steel/carbon firewall was utilized in the engine compartment.