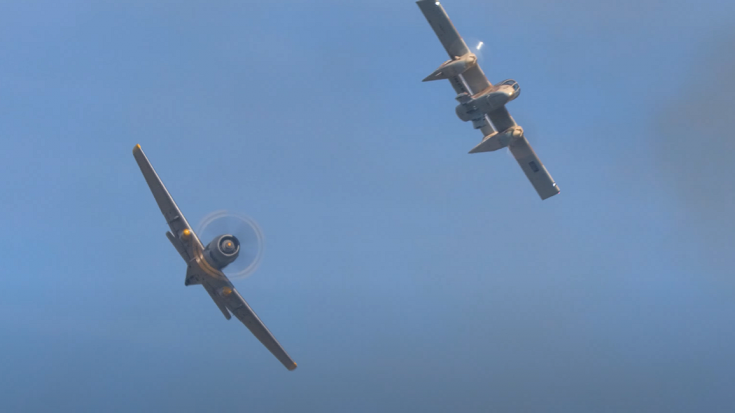 An OV-10B Bronco and AD-4 Skyraider wowed the crowd of Villaroche at Air Legend Paris 2022. Both aircraft performed mock attack runs, with the Skyraider in close pursuit of the twin-engined Bronco.

Afterward, the two planes impressed the spectators with their solo displays. The Bronco did its aerobatic routine composed mostly of barrel rolls, doing so effortlessly. Aside from rolls, the Skyraider also did a high-speed pass accompanied by ground pyrotechnics.

OV-10 Broncos were one of the most versatile aircraft of the Vietnam War. It was primarily used as a forward air control aircraft with machine guns, rockets, and bombs – just in case.

Meanwhile, Skyraiders provided CAS, attacked enemy supply lines, and protected rescue helicopters in enemy territory. Its ability to carry vast amounts of weapons and fly for extended periods made it a great asset in the war.