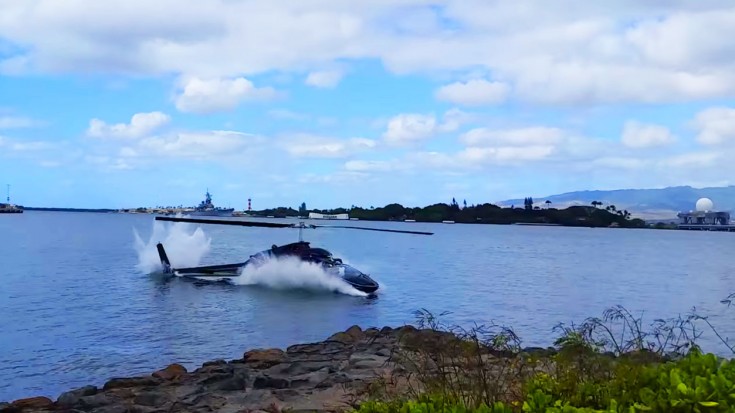 Shawn Winrich was taking pictures during his vacation in Hawaii on February 18th, 2016 when he saw a helicopter in the distance. He didn’t notice anything wrong but the Bell 206 was coming straight at him.

He decided to take out his camera to film it when the helicopter unexpectedly belly flopped by the shore just feet away from him. Eyewitnesses on shore said it sank almost instantly.

There were five people onboard including the pilot. Their names were not yet released, however, three of them surfaced from the submerged tourist helicopter and swam for shore immediately.

“It was a team effort and we pray that he’s OK…It’s part of the instinct growing up in Hawaii.”-Chris Gardner.

A 15 year old teenager trapped in the back seat is the person critically injured. Things could have been worse however, as a local tour guide by the name of Chris Gardner, a Navy sailor and a police officer jumped into the water after the crash.

The boy was trapped in the back of the helicopter by his seat belt which the three good samaritans managed to cut with a knife to free him. Other victims include two people who were taken to the hospital in stable condition, although the conditions of the pilot and another occupant are not available at this time.

The Federal Aviation Administration is on site investigating the crash during this time.