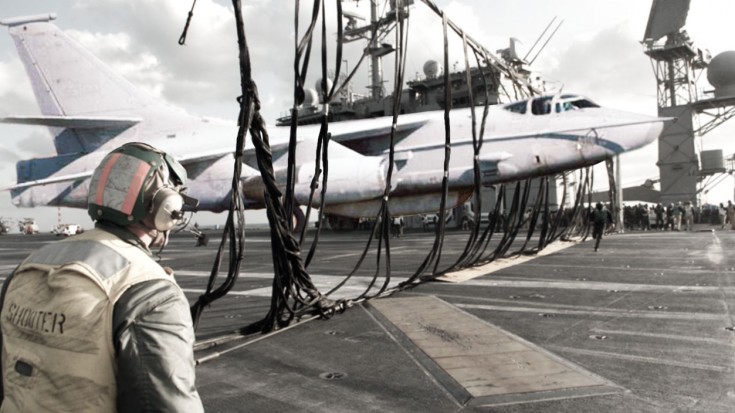 Naval aviators have their work cut out for them on a daily basis. They’re the best of the best no matter what people say, as they’re tasked with one of the most difficult jobs in aviation. That of course is landing on an aircraft carrier.

As it pitches and rolls, setting a bird down on the deck is no easy task, which is why these guys are crazy good, and of course a bit crazy as well. Sometimes however, things get even tougher as you’ll see in this video.

This incident took place sometime in the 50s onboard USS Coral Sea (CV-43). This Midway-class carrier was launched shortly after the end of World War II and survived unit 1990, its motto being “Older And Bolder.” In this regard, you’ll see quite a crew put together a barricade for a damaged A-3 Skywarrior.

This video includes a couple of really neat clips from the deck of that carrier, but the best one is at the end. About 30 seconds into the video, the A-3 lands on the deck but its front wheel brakes off. Somehow avoiding a major disaster, the pilot punched it and took off again. Then, at the end, he lays his plane down into the barricade as if he did it a million times before.

Just perfect! Kudos to the crew of both the carrier and the plane.