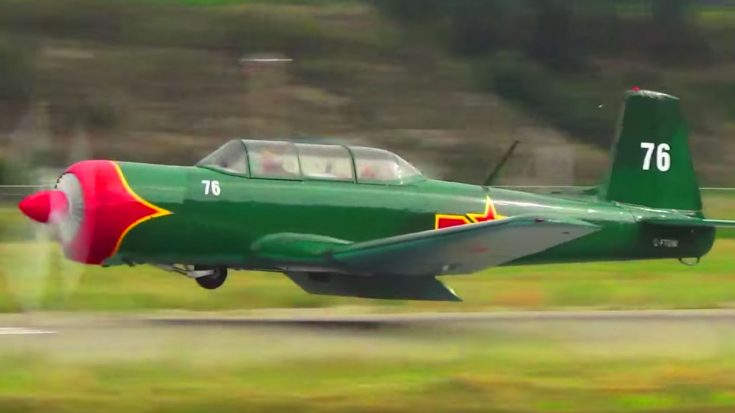 The Nanchang CJ-6 is a fairly ordinary plane but it is still very effective for the job it does. First created in 1960 by the Nanchang Aircraft Manufacturing Corporation it was the go-to trainer aircraft in China.

Over 2,000 Nanchang CJ-6s were built to serve the People’s Liberation Army Air Force as an instructional plane as well as a light fighter. The Nanchang CJ-6 is a solid plane that does not get the attention it deserves especially when a situation gets bad like in this particular case.

There may be better planes out there but the Nanchang CJ-6 is a sturdy aircraft that holds up very well after 50 years. For an example of just how sturdy the CJ-6 truly is, then see how it holds up during a crash landing.

The people who witnessed this event at the Western Warbirds Association were pretty awestruck and you will be too once you see how this plane holds it when it comes down fast.