A Closer Look At WWI Tanks – Yes, They Really Were That Bad 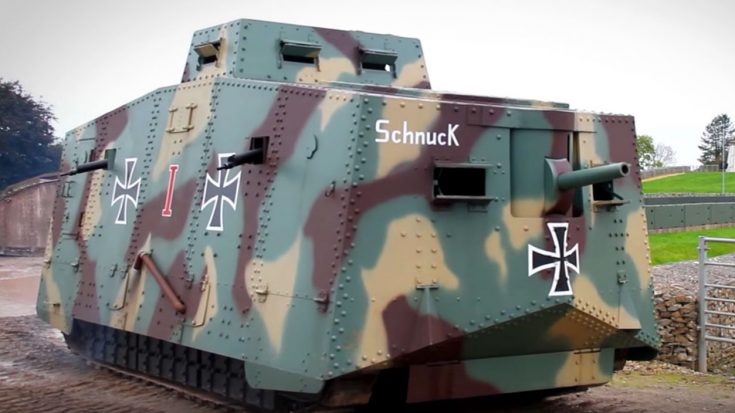 We don’t really talk about World War I much around here so we thought we would change that. For many WWII strikes a strong chord because it represents the period where there was a perfect blend of man and machine. Planes were great, so were weapons, engines and so were tanks but WWI technology was still making its way there.

The first World War was the introduction of tank warfare and let’s just say that the results were less than stellar. This new type of technology meant well but it was plagued with huge problems that needed to be smoothed out.

The tank was created as a means of deterring the most prominent threat of WWI, the machine gun. So bulletproof metal was used to encase these motorized behemoths around the battlefield but they soon learned that armor isn’t everything. Sure these machines could plow down barbed wire and take an onslaught of bullets but other means caused their downfall.

Conditions of the terrain caused limited mobility of these early tanks, getting caught in mud ditches causing soldiers to abandon them. They were also caused hazardous conditions for their operating crews with the interiors becoming too hot and suffocating them with deadly fumes.

You can’t fault someone for trying because eventually, tanks would become the mainstay of wars, the Blitzkrieg is proof of that. The Tank Museum shows off a German A7V tank in this video and it is pretty painful to watch.