Decaying P-40 Raised After Decades In Watery Grave – What The Hell Was It Doing In Russia? 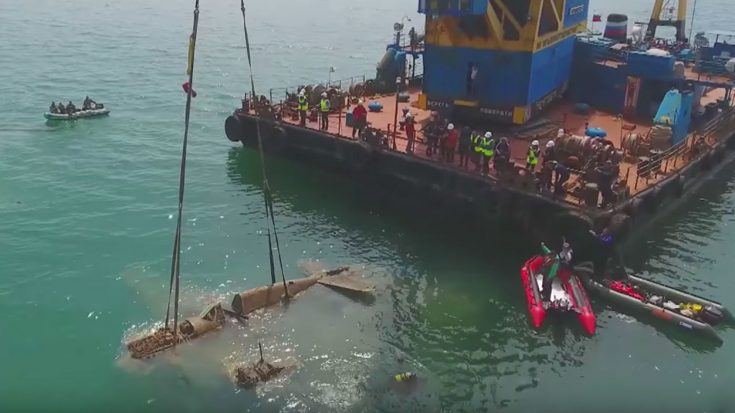 The northern part of the Black Sea is an odd place to find the remains of an American Curtiss P-40 Warhawk from WWII. Russian construction crews building a bridge across the Kerch straight discovered the aging plane while searching for underwater mines.

This particular P-40 is believed to have been shot down in 1943 during the Kerch–Eltigen Operation between the Red Army and the Germans. The discovery of the Warhawk might sound odd but the United States did lease its planes to Russia during WWII so it could make sense for the location.

“The plane was apparently damaged during a combat mission by enemy AA fire. It was laying on the seafloor with its nose pointing to the Taman coast. The pilot had probably been trying to return to the base. The plane didn’t crash into the strait. This was apparent by its preserved hull. Most likely the pilot brought it down to the water surface and may have survived.”

The plane was raised by construction crews and is rumored to be put in a military history display after undergoing restoration. An aerial view of the recovery was caught on video by drones, you can view it in this clip.