Did The Royal Air Force Go Too Far With This Bombing? 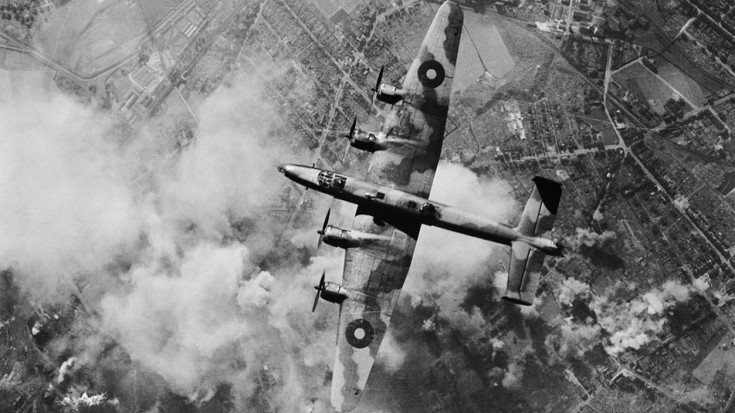 Great Britain suffered frequent attacks from German bombers that destroyed over a million buildings and killed over 40,000 British civilians. Today marks the day in history where the Royal Air Force struck back at the Nazis by launching an attack on Hamburg, Germany. The attack was successful in part to bombers dropping strips of aluminum foil in order to jam German radar, a method known as “Window.”

The bombardment included 791 RAF Halifaxes and Lancasters dropping 2,300 tons of incendiary bombs causing a massive firestorm that burned down most of the city. The attack on Hamburg by the Royal Air Force earned the name “Operation Gomorrah” after the biblical city due to the sheer level destruction.

“If the Allies had not had the courage and determination to answer Nazi violence with violence in order to stop the Germans running amok, would liberation, renewal, a democratic future have been possible?”

Although the attack marked a turning point in the war it was controversial due to the fact that targeted civilian buildings rather than military structures. German civilian casualties reached over 42,000 another were 37,000 wounded and 250,000 homes were destroyed. German morale was crippled after the loss of Hamburg, but the Allies had gone against their word on attacking civilian targets. It’s unfortunate that so many were killed in the crossfire, but sacrifices must be made to stop evil from advancing.