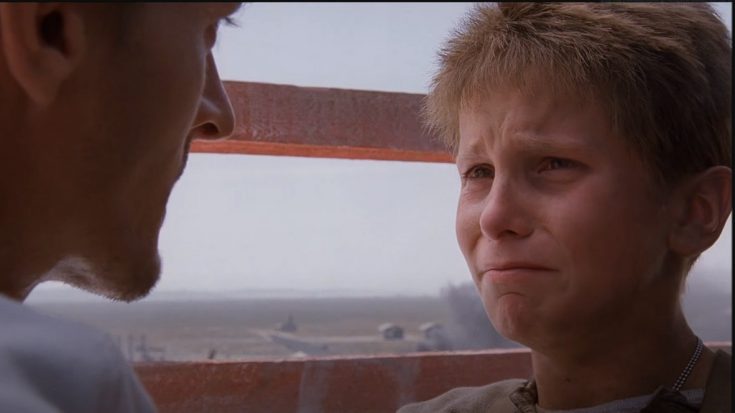 Empire of the Sun is one of the best movies ever to never win an Oscar. Just in this scene alone, Christian Bale stood out even as a child actor.

Jim’s happiness was unmatched as he saw the Mustangs flying up in the skies. When he was finally calmed down by Dr. Rawlins, he came to a realization. After spending so much time apart from his parents, Jim realized he couldn’t remember his parents’ faces anymore.

It is such a powerful scene and coming from a child actor, nonetheless. His eyes just portray the sadness and longing that he has been bottling up. If you haven’t seen this movie, you are missing out.