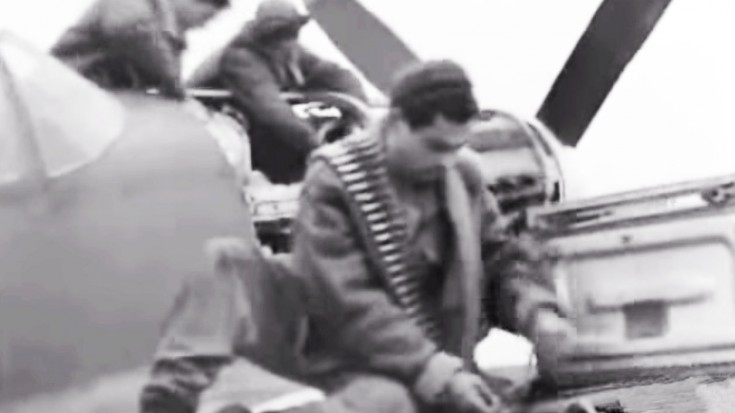 Mustangs Live Bait And Peggy Gearing Up For Action

This treasure of a World War II clip shows a squadron gearing up and getting ready to take off. Among them are two known fighter aces and their P-51 Mustangs. First, you’ll see the confident, smiling face of Bob Stephens next to his plane Peggy. After that, there are some great still photographs of Captain Clayton Kelly and his famous Mustang named Live Bait. Both of these young lads became aces during the war, with Gross and Stephens scoring six and thirteen kills respectively.

Peggy was a P-51B Mustang, which made her the first production version that used the Merlin engine as opposed to the original Allison.

Watching this clip really makes you think about the men, boys rather, who flew these planes. We love the history, design and sounds of these war machines but there is just something about watching a 20 year old loading up those machine guns. It’s truly mesmerizing to see just the day to day things these guys were doing, because it’s different than reading about them or just hearing stories. Hopefully you share that viewpoint after watching this as well.