Air Superiority: Mustang And Raptor Side By Side 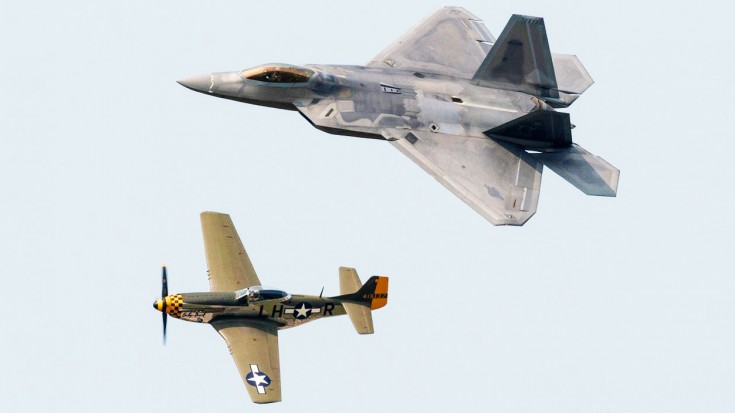 This unique footage was filmed at the United States Air Force Heritage Flight which was held at the Battle Creek Field of Flight Airshow in 2015. As a part of the show, many of our favorite warbirds take to the skies, including Lightnings, Warhawks, Thunderbolts and Mustangs. To add to the mix, modern fighters are also introduced to show off the power of the United States Air Force.

The Air Force Heritage Flight Foundation’s mission is to ‘educate current and future generations on the long-term importance of the USAF.’

The organization was born in 2010 and since then promised to organize between 30 and 40 shows per year around the country. As you’ll see in this video, it’s a promise they are keeping. As much as we love to see these warbirds in the air, at the end of the day, it’s really about one thing. To honor those who have served, those who currently serve and to inspire future generations to do the same.