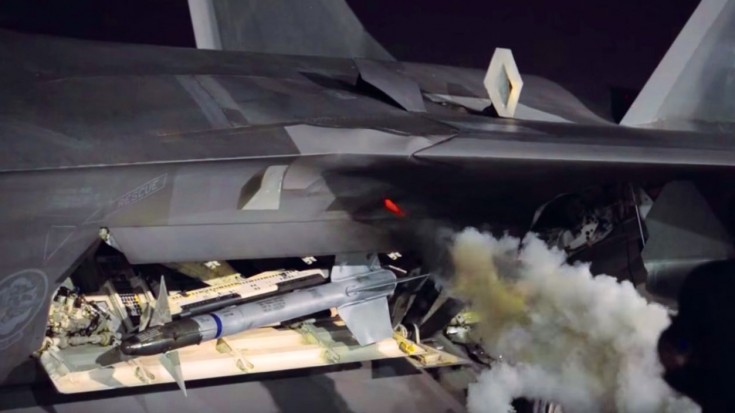 This Is Just Cool. Period.

Jets, fighter jets specifically, are in our opinion one of the most amazing machines ever. Too bad they have the purpose that they do, but we’re not going to get into that aspect of it. What we love about them is that the latest technologies get put into their development and then, well, they’re flown into the sky.

F-22 Raptors, built by Lockheed Martin, are fifth-generation all-weather stealth tactical fighters. 195 of these planes were built from 1997 to 2011, now being (or trying to be) replaced by the next generation fighter, the F-35 Lighting II.

As for this video, it’s really neat in a sense that if you’ve never seen a Raptor start up, it looks pretty awesome. It’s even better that this was recorded at night, as you can clearly see the ignition flame shoot out. From other planes that we’ve seen such as the A-10s and F-16s for example, it seemed like the the engines just “wind up” when they started. The Raptor seems a bit different, with an actual “ignition” sound and flameout.

Now, we’re going to ask you aviation loving folks to help us out a bit. We’re not pilots around here, so if anyone has any solid information about the sequence of starting an F-22 we’d love to hear from ya! You can drop us a line right under the video on this page.