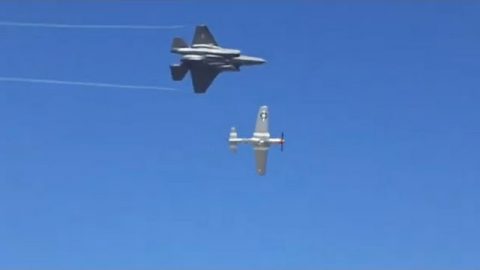 The Old and The New

These two famous planes flew side by side during the California International Airshow Salinas last weekend. It’s quite surreal to see the future and the past of US aviation fly together in an airshow.

F-35As were introduced back in 2016 as the main variant designed specifically for the US Air Force. The aircraft is capable of conventional takeoff and landing, unlike the F-35B capable of STOVL. Out of the three main variants, the A is the smallest and lightest, capable of pulling 9Gs.

Meanwhile, the historic P-51 Mustang already left its mark back in WWII as one of the most important fighters the US operated. The escort fighter accompanied bombers over Europe to protect bomber crews, ensuring the delivery of payload.