See & Feel What It’s Like To Be In A Dogfight 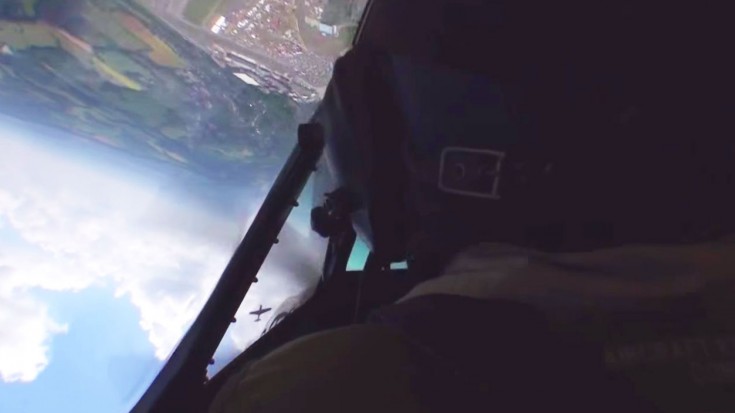 A Dogfight Between Worthy Adversaries

The Supermarine Spitfire is a famous short-range single-seat fighter aircraft from Britain. It was designed by R. J. Mitchell and used primarily by the Royal Air Force. This warbird is so famous that people who can’t even tell the difference between other planes can still identify a Spitfire. This warbird also boasts superior speed and overall performance. Aside from serving as a fighter, its other roles included photo-reconnaissance, fighter-bomber and trainer, and interceptor.

On the other hand, the Messerschmitt Bf 109 is considered as Germany’s main fighter plane and  was basically the backbone of their fighter force. The main advantage against its adversaries was its ability to allow the pilot to dive at a faster pace. Though it was initially made to be an interceptor, later variants played the roles of bomber escort and ground attack aircraft.

This fantastic footage puts you in the cockpit of the Spitfire and shows you what it was like to chase down one of these Bf 109s. Staying on their tail was no easy task, plus, in combat you had a million other things to worry about too!