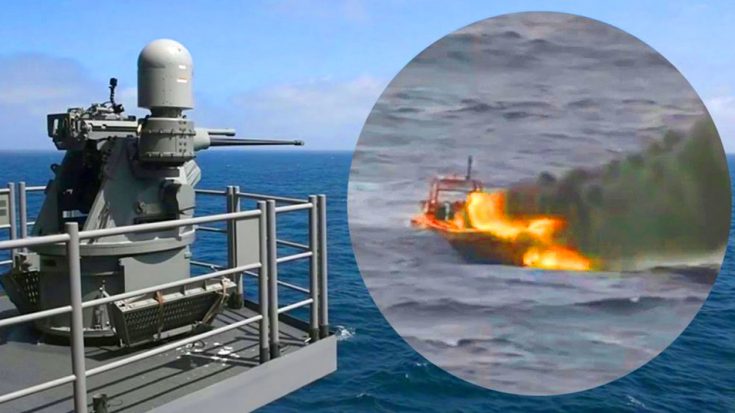 Sometimes Amphibious Assault Ships will venture into places where they may not get a warm welcome. It is expected that there may be a few hostile threats that could jeopardize the safety of the crew. However, the crew comes prepared for such an occasion, equipped with the Mk 38 gun.

Sometimes known as the Bushmaster, the Mk 38 was built specifically to destroy high-speed surface targets and can make short work of anything trying to sneak up on it. The 25mm rounds do an insane amount of damage and really hit hard so there’s not much out that can survive these powerful shots.

“The Mark 38 Machine Gun System (MGS) denotes the Mark 242 when mounted on the Mark 88 Single Mounting. The Mark 38 MGS was employed aboard various combatant and auxiliary ships in the Mid-East Force escort operations and during Operations Desert Shield and Desert Storm.”

The Navy just released this film of the USS America (LHA 6) crews gunning down speedboats that get too close. See just how well trained these gunners are when they make short work of this boat. It’s brutal as hell to watch all that firepower but it is so damn cool to what it torn to shreds.