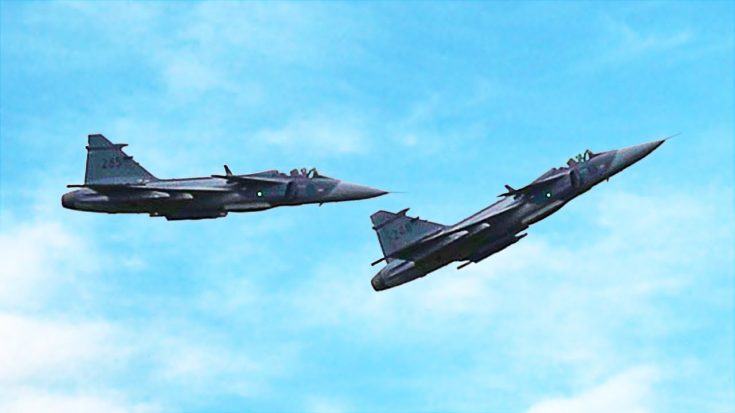 Not As Close As It Looks

A pair of Gripens seemingly almost collided in this clip shown by YouTuber lucaas. The first Gripen appeared to be slowing down as the other Gripen overtook it in under a second.

However, those in attendance have chimed in on what actually happened in the video. It was apparently shot at an airshow in Sweden, pointing us to believe that this was all a part of the show.

Another user called Andreas clarified that this was a planned move to show the lowest speed and a high-speed pass.