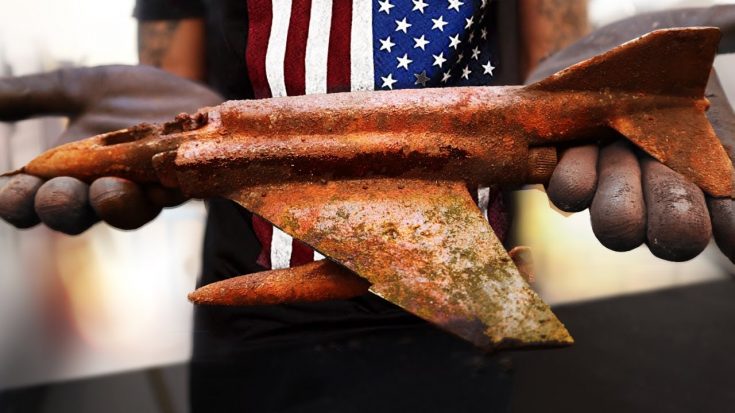 Martin from Awesome Restorations mended a worn-out F-4 Phantom II as his next project.

He starts it off by prying out the pilots and dismantling the drop tanks and exhausts. Afterward, Martin sandblasted the whole aircraft and then welded the broken starboard wings together. Next, the canopy was made using a mold from the same model and resin in the casting process.

Though a stand was included, the base was nowhere to be found. Again, Martin casted another one in aluminum and painted it black. The US Air Force’s motto,  “Aim High – Fly – Fight – Win” was engraved on the aluminum blocks.

During the finishing touches, Martin polished the plane and laid out the decals. He painted the canopy and tail black while keeping the whole plane looking clean and polished. To top it off, he added the USAF’s 75th Year Anniversary logo on its tail.