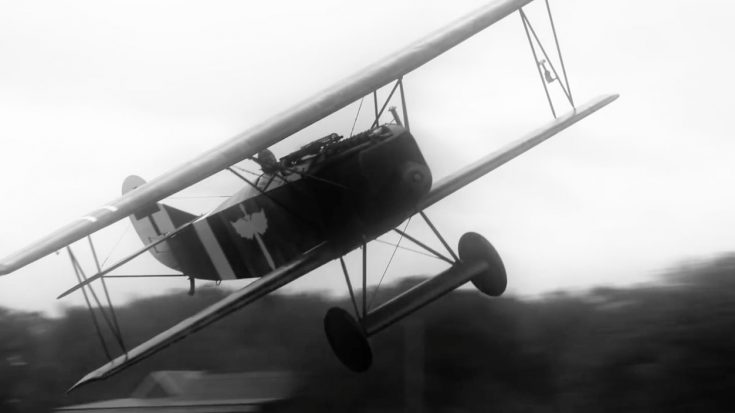 World War I was the first time that planes saw use in a large-scale conflict. Using rifles and handguns was proven to be dangerous and inaccurate, soon aircraft were outfitted with machine guns and the fighter plane was born. Very few WWI fight planes still exist, but brilliant filmmaker Jesper Rådegård was lucky enough to film a dogfight between a Fokker D.VII and an FVM Ö1 Tummelisa.

“The D.VII’s unique ability to seemingly ‘hang on its propeller,’ and fire into the unprotected underside of enemy aircraft made it a highly feared combat opponent. The Armistice agreement requirement specifically demanding that all Fokker D.VIIs be immediately surrendered attested to the generally high regard for the airplane.”

Due to the Armistice of 1918, a few Fokker D.VII were preserved and have endured the better part of a century. Rarely are these planes filmed  in flight let alone captured with such a brilliant filmmaker. Jesper Rådegård has given us a once in a lifetime opportunity to see these relics of World War I in the skies where they belong.