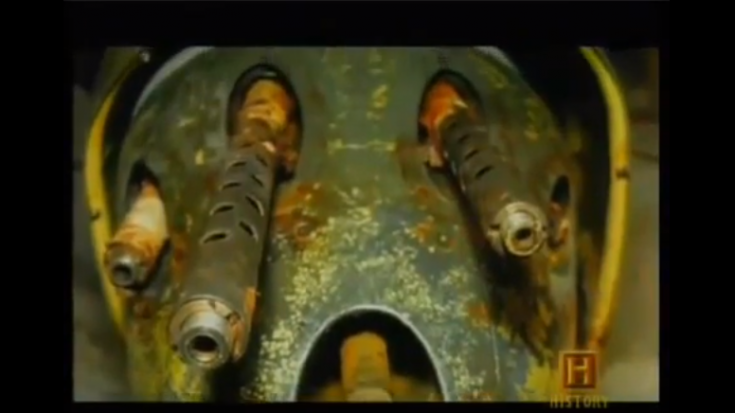 STILL Packs A Lot Of Punch!

The back story of the Glacier Girl has always been fascinating. Whether you’re a big aviation fan or not, you’d be intrigued how this Lockheed P-38F-1-LO Lightning fighter plane got its name. More than 70 years ago, the Glacier Girl along with five other P-38s and two B-17s were forced to do an emergency landing on an ice field mostly due to bad weather and poor visibility.

It was left there after the crew members were rescued and was eventually buried under 268 feet of snow. In 1992, it was excavated by the Greenland Expedition Society with the help of a ‘Super Gopher’ and was restored in Middlesboro, Kentucky. After its restoration, it became air-worthy once more. As of today, Glacier Girl has a new owner — Rod Lewis who also owns other war birds like the Grumman F8F Bearcat.

This aircraft became the signature plane of the Lewis Air Legends collection. It’s amazing watching it tear through the skies!

It was frozen in time, literally, and taking it out was no mean feat.

“The original plan was to recover three airplanes. As it turned out, we only had time because of the weather to recover one airplane…

It was an incredibly deep freeze – think of a 20+ story building on top of the aircraft that they have to dig in. It was tedious work, indeed. They had to use a device that melts a hole while pumping out the water. And after they managed to melt the ice to create a shaft where the crew could descend towards the plane, they then created a cavern that’s big enough to free this legendary fighter.

The parts were disassembled so restoration would be easier. That is definitely a lot of work!