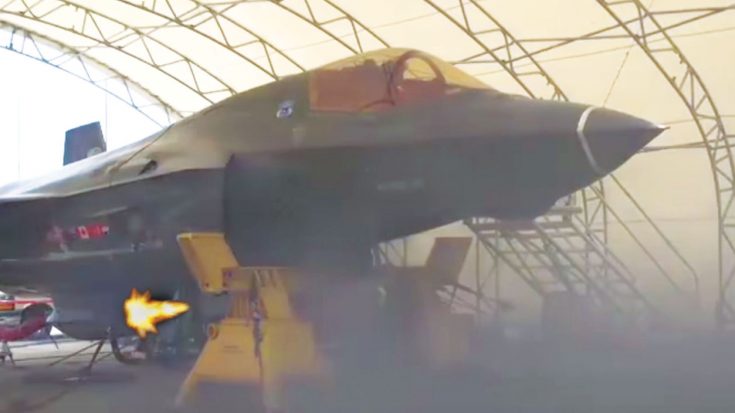 Yesterday, July 29th, 2016, the DoD released a new video showing us F-35B’s new capability. Testing it at the Naval Air Station in Maryland, this gun pod is different than the A’s variant. The F-35A has an integrated gun which is concealed in the fuselage. For B and C variants which are to be used by the Marie Corps and the Navy, the pod configuration was a better option.

Since those variants will be deployed off ships and other vessels overseas, it made sense to be able to conserve weight and space whenever possible. The ability to attach or detach a gun pod is ideal because missions vary greatly and sometimes there’s no reason to lug along the extra weight.

The Gun pod itself is a GAU-22 and is guided by numerous sensors. It has a capacity of 220 25mm rounds which allows it to fire a four second burst from start to finish. That’s where it falls short to what we’re use to. As this is supposed to replace the job of the A-10 Thunderbolt II which has a capacity of 1,200 30mm depleted uranium rounds, this might not seem that impressive.

In the end though, we have to trust that the DoD knows what the future of warfare entails. We all love the A-10 Warthog as in many cases it literally saved our lives, but the future of air combat is stealth. As we see it, and it’s just our opinion, we should have both planes in operation.