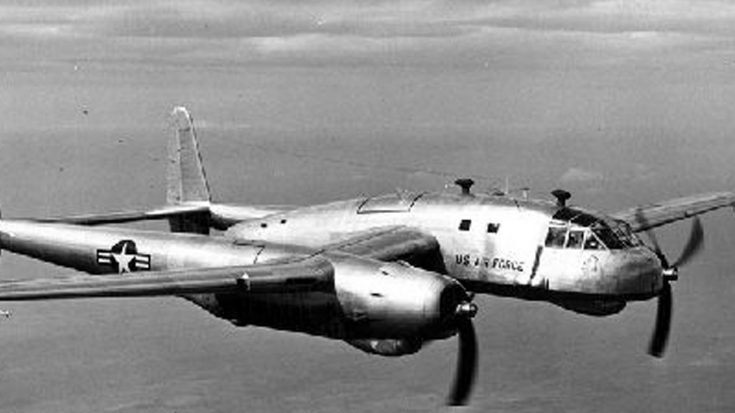 What we have here is a very interesting video of Fairchild’s experimental cargo plane that had a detachable container at the bottom of it. It was an ambitious undertaking as you can imagine, but ended up being scrapped.

Now, only one version of this plane was built but the base version, the C-119 Flying Boxcar, was very popular. What engineers did was pretty simple, however. They took the Flying Boxcar and literally cut it right below the flight deck and all the way to the back. After testing if it would be able to fly without the bottom of it, which it could, the people responsible for this project made a system for lowering the container. You’ll see that contraption in the video.

As for the goal of all this, it was simple. The idea was to speed up the loading and unloading process. This type of mechanism would allow a plane to land and quickly drop off cargo and be back in the air in no time. Also, these containers could be pre-packaged and simply wait for a plane to come pick it up, thus speeding the entire operation.