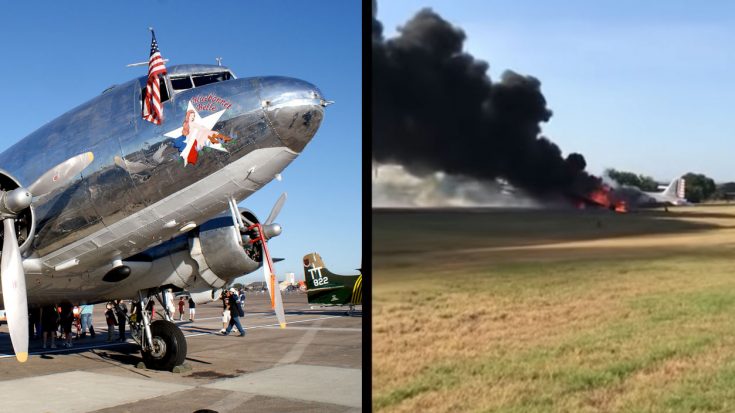 On Saturday, July 21st, 2018, a World War II-era C-47 Skytrain named Bluebonnet Belle was taking off from a runway in Texas when the pilot lost control and crashed as soon as the wheels left the ground. Out of the 13 people onboard, 8 sustained injuries while one was severely burned, however, there were no fatalities.

Here’s an official post from the local sheriff’s office:

At 9:18 AM, BCSO Communications was notified of a plane crash on the runway at the Burnet Municipal Airport. The…

The aircraft was on its way to Wisconsin to join one of the biggest airshows in the country. EAA AirVenture Oshkosh is an annual gathering of aviation folks from July 23rd to July 29th. It attracts about a half a million spectators each year with over 10,000 airplanes coming in for the meet but from this day forward, this C-47 will no longer attend.

The C-47 involved in the crash was owned by the Commemorative Air Force. It’s an actual World War II veteran as it was built in 1944 and then transferred to Great Britain where she was assigned to the No. 435 Transport Squadron. She changed hands a few times throughout her service but was eventually taken in and given the maintenance she needed by the CAF.

The accident is currently under investigation by the FAA and the aircraft was written off as a total loss.