Footage Of U-2s Landing On Carriers 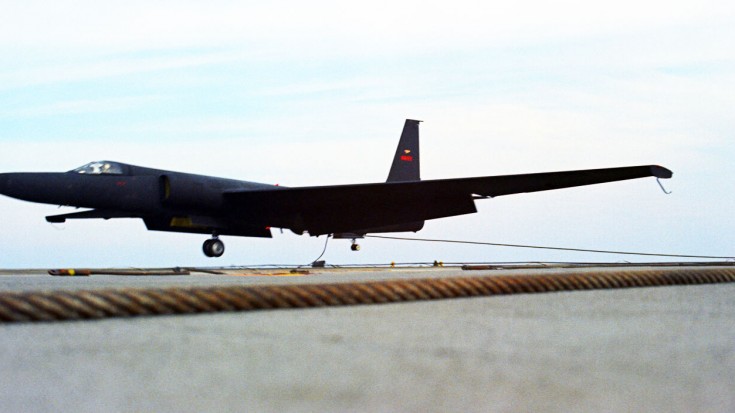 You Have To Give Credit When Credit Is Due.

As most pilots will tell you, any landing is simply a controlled crash. Then you have naval aviators which will tell you that landing on a carrier is like landing on a postage stamp in the middle of a pool. After that, you have something we actually never thought of until we found this footage.

Lockheed’s U-2 plane, nicknamed Dragon Lady, is an ultra-high altitude reconnaissance aircraft developed only ten years after World War II believe it or not. Aside from that though, these planes are basically spy planes and were used extensively during the Cold War. They’re extremely difficult to fly but also quite hard to land as well.

This is due to the fact that as opposed to having a standard tricycle style landing gear, U-2s have just one gear in the front and one in the back. When they land, they lean to one side until “pogos” are installed under each wing to hold them upright.

Now coming back to our initial point, some U-2 pilots had to land on carriers as well. To add more pucker factor into this, because of their thin fuselage and wide wings these planes also tend to hover/float when landing. Now imagine this hover factor coupled with these thin little bicycle wheels and trying to land on a windy, narrow carrier deck.

Quite the feat to say the least.