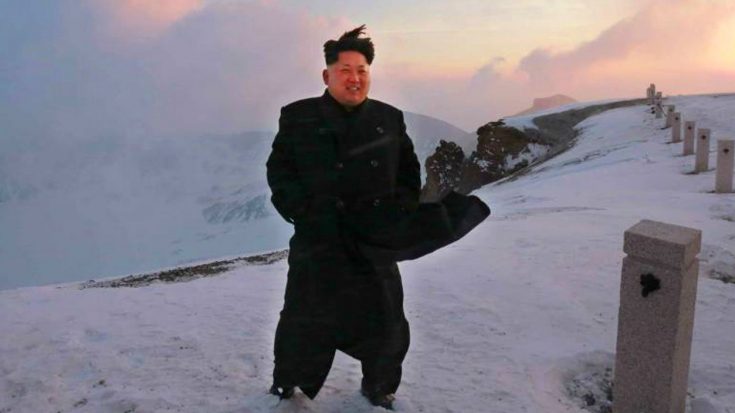 Kim Jong Un somehow manages to gain the world’s attention one way or the other by making bold claims. These claims include a cure for cancer, the ability to speak to dolphins, being descended from the gods and many more. However, it seems that the North Korean dictator has made his boldest claim and it’s no joke, the ability to control the weather.

The United States has come under a bad string of weather patterns lately and more than likely Kim Jong Un is responsible. The recent brushfires in Southern California and the Hurricanes that tore through the southern states a few months ago must be attributed to his weather control powers.

His nuclear weapons program was a bit of a joke because he couldn’t land a successful hit. But controlling the weather is no laughing matter and it seems our impending doom is upon us as the Supreme Leader of North Korea sends floods, fires and hurricanes to destroy us.

Snow has begun to fall upon the United States and it seems that we will all freeze to death. It was nice knowing all of you, but you just can’t compete with an omnipotent being who can control the elements.