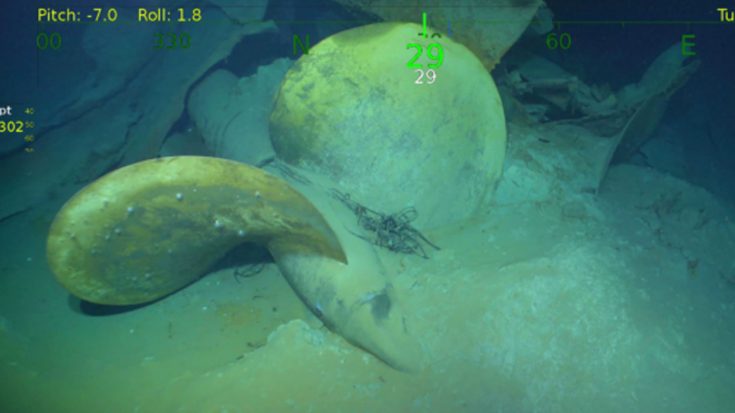 The USS Juneau was sunk by the Imperial Japanese Navy during the Battle of Guadalcanal. Now the undersea exploration expedition has uncovered the remains of the light cruiser three miles beneath the surface of the ocean. The USS Juneau sank taking the lives of over 600 crewmen including the five Sullivan brothers which inspired the 1942 film The Fighting Sullivans.

“The story of the USS Juneau crew and Sullivan brothers epitomize the service and sacrifice of our nation’s greatest generation.”

The discovery of this ship is another landmark achievement for Paul Allen and the crew operating the RV Petrel. This discovery will provide some closure to the next of kin who have spent decades wondering about the lost vessel. The RV Petrel has released footage of the exploration, see the ship in its full glory in the following clip.

And for a look at the USS Lexington Discovery check this link.