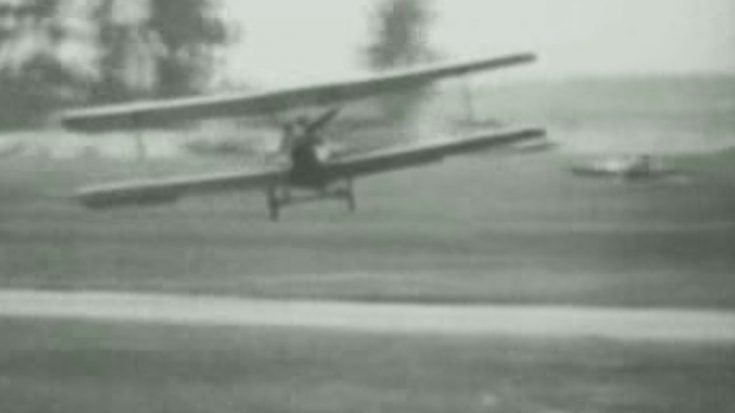 This Guy Was Good For Sure.

What you’ll be seeing in this neat little clip is a man by the name of Ernst Udet doing a neat little stunt. As described in the headline, he was showing off his flying skills and did a loop to an aggressive side-slip landing on a tiny road. He hit it dead center and oh yeah, he was also doing it with the engine off. Just another day for this ace.

As for his life, he was born in 1886 in Germany (then the German Empire) and was fascinated with aviation from a young age. He joined the Imperial German Air Service at the tender age of 19 and eventually scored 62 victories during World War I. After that he was a stunt pilot (this footage might be from one of his stunts but we’re not sure.)

Joining the Luftwaffe in 1934, his talents were used to test the Ju-88 Stuka, which became an important dive bomber during the war. He was then promoted to commander and oversaw many bureaucratic tasks for the Luftwaffe but didn’t like it. That, coupled with increased pressure of the job made him dependent on alcohol and he eventually committed suicide.

As someone said in the comments section, someone should make a movie about this guy. He was definitely a gifted pilot and his life was more than interesting, to say the least.