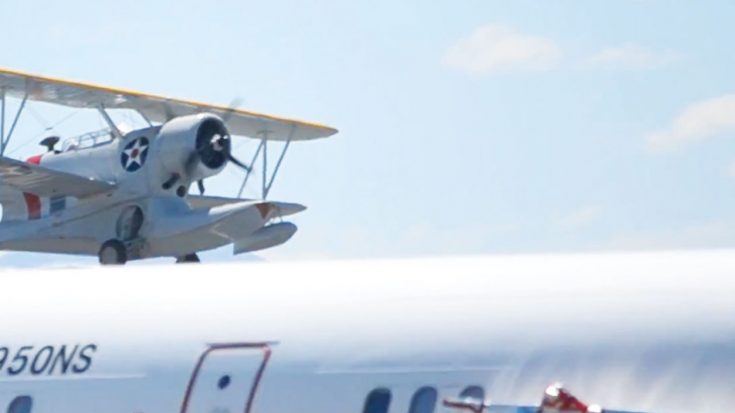 Here’s one you might not have even heard of. We have to admit, we didn’t know this bird even existed although we’ve been doing this for years. Not to mention we’ve been warbird fanatics for as long as we can remember.

What you’ve got here is a J2F Duck. A Grumman plane, this one is not a “cat.” We all know our Wildcats, Hellcats and Tomcats (we know there are more), but this here Duck is a new one for us.

Fun Fact: The Grumman J2F Duck was also used by the Argentine Navy.

They’re rare too, as there are only a handful of them that are still airworthy. Only 584 of them were produced from 1937, so that makes sense.

It is of course, an amphibious biplane as you can tell by the long float at the bottom of it. It was used during World War II primarily as an air-sea rescue aircraft, although it was also used for target tugging, anti-submarine patrol and reconnaissance.

Here, a lucky guy caught one of these rare beauties taking off from Madras Municipal Airport in Oregon. Just hear that thing sing. It’s only a Wright R-1820 cyclone boasting some 750 horses, but hey, a radial’s a radial.