WWII Footage Of A Flame Tank In Action 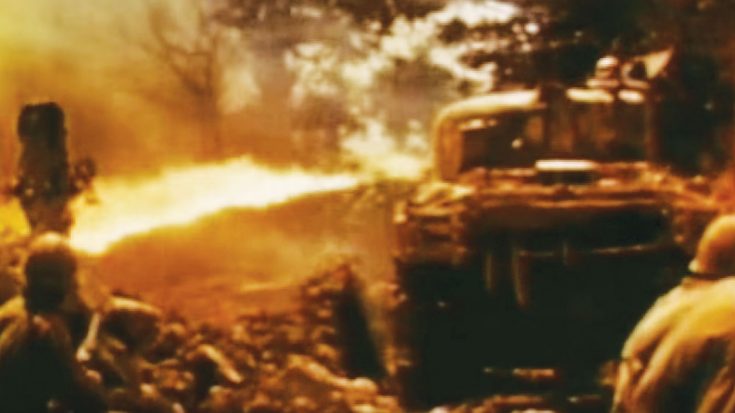 FootageArchive - Videos From The Past

That’s One Way To Make A Tank Even More Effective.

There’s no denying that World War II was the most horrific war this world has ever seen. Between the time it took, the lives it took and the countries it ruined, we all hope something like this never happens again. Because of all this however, the weapons used and invented at the time were also the deadliest.

One such weapon was the flame tank. They were used most heavily during World War II although the last known use of one was in 1974.

The concept of them was exactly what it sounds like. Regular tanks such as the Abrams, Panzer or Sherman had modified flamethrowers placed inside either their main turrets or machine gun mounts and fired long streams of fuel set on fire as opposed to regular shells.

Fun Fact: The last use of flame tanks in any army was back in 1974.

This video shows a couple of different clips of these things in action. They were very effective at clearing fortifications such as bunkers and were also used to clear passages that were blocked by vegetation. Either way, they were absolutely terrifying.